According to this weeks TV Times, “The Ask” has a role in the third series of ITV’s Benidorm

Ok, so its likely to be just a one episode role, but c’mon its a step up from appearing in Richard Driscoll films.
Posted by gavcrimson at 02:34 No comments:

Reviews of three more of Harrison Marks’ short films, recently transferred from 8mm to DVD by yours truly….


The Casting Couch is one of the earliest of Marks’ Maximus productions, which were advertised in Continental Film Review magazine from October 1969, and throughout 1970. The Casting Couch sees Marks’ skinny, anorexic looking male lead from “The Ecstasy of Oral Love” playing a randy photographer who when not using his studio as a love nest is whisking his models away for more of the same at “Ye Olde Halfway Inn”. In the twist ending the photographer is shocked to spot one of his earlier conquests checking into the Halfway Inn for a dirty weekend of her own, with an old codger for company (played in an exaggerated fashion by a young actor wearing a beard and using a cane.) The early Maximus productions are somewhat unique among Marks’ films for having settings and characters reappear from film to film, with Ye Olde Halfway Inn used for more malarkey in Marks’ 8mm film Halfway Inn (starring The Collinson Twins), and the fake old codger and his dolly bird companion making bare-assed return appearances in “Cue for Two” which, in case you were wondering, centers around a nude snooker game. 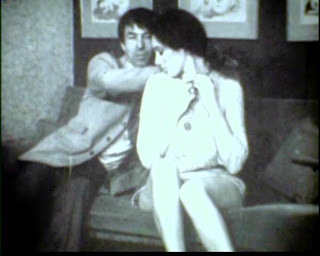 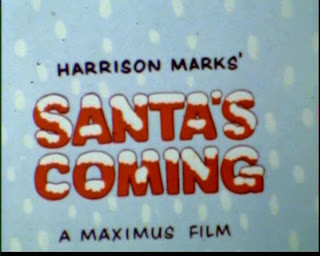 Undaunted by having his collar felt over his new type of production, Marks continued to turn out Maximus films into the 70s, including this X-rated yuletide story, made circa 1974. Santa’s Coming concerns a lonely housewife, whose Christmas presents from her husband all turn out to be sex aids, including a vibrator and -in a self-referencing touch- a copy of Marks’ 1967 biography “The Naked Truth About Harrison Marks”. Obviously unimpressed by her buzzing new friend and Marks collection of tall tales, she retires to the bedroom to bounce about on her bed in frustration, unaware that her home is being broken into by a burglar (Short Jack Gold), who is conspicuously dressed as Santa Claus!! As you might expect, when this immoral Santa spots a nude woman in bed, thoughts of ransacking the place are all cast aside, as are his clothes and fake beard. In a twist straight out of a Confessions or Adventures film, her husband arrives home drunk, forcing Short Jack Gold to hide under the bed until hubby passes out, before making his escape through the window, minus the loot, but in good enough sprits to offer a wink and a thumbs up to the audience, worthy of any Robin Askwith or Barry Evans character. 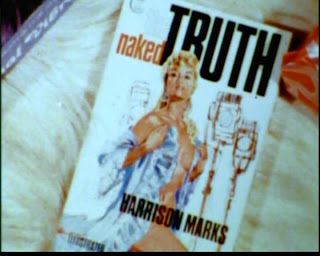 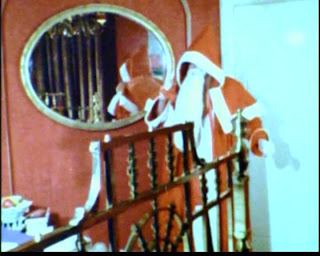 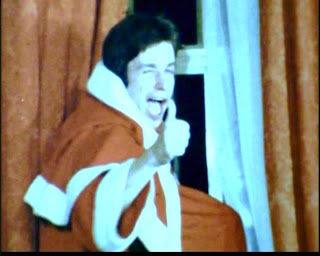 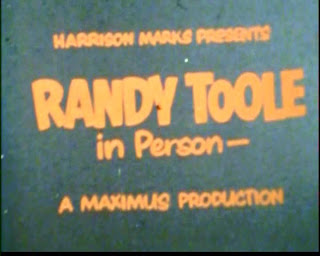 From the groovy early 70s, “Randy Toole -in Person” is Marks’ spin on the groupie phenomenon, which had also provided material for the Derek Ford/Stanley Long team with Groupie Girl, and Lindsay Shonteff with Permissive. Randy Toole, played by an actor recognizable from the Clyda Rosen loop “Femmes Cherchent Bon-Baiseurs”, is a famous rock star who, so a newspaper headline tells us, has just received an ovation at the London palladium, and is now hiding out at his townhouse and working on his new album. While his entourage try to keep Randy’s adoring fan base- all two of them- at bay, a pair of groupies manage to break into Randy’s house, while one gets collared in the kitchen by Randy’s West Indian assistant and has to make do with shagging him on the kitchen floor, and other groupie manages to meet her pop idol and ends up receiving more than just his John Hancock!! 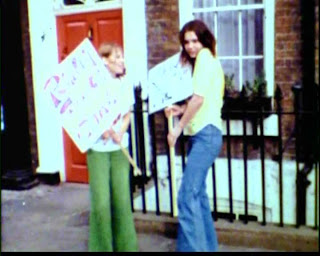 In the films comedy punch line the two groupies decide to immortalize the occasion by taking a nude snapshot of a passed out Randy and his assistant, and then send it to a tabloid who publishes it on their cover the next day with the headline “Randy Toole appears naked in the West End”.

Randy Toole in Person, was also filmed in a hardcore version for the German market called “Autograph Hunter”, with a couple of cast changes, including a different Randy Toole in the lead, and Clyda Rosen cast as one of the Groupies. Present in both versions is ex-bodybuilder, Marks regular and current day reported missing person, Howard “Vanderhorn” Nelson, in a non-sex role as Randy’s Roadie. A role Howard plays behind dark glasses in the softcore version, and required a further blond wig to play the part again in the hard version, since generally you find the more explicit the film, the more elaborate Vanderhorn’s disguises become, but as per usual The Horn’s “built like a brick shithouse” physique tends to give the game away. 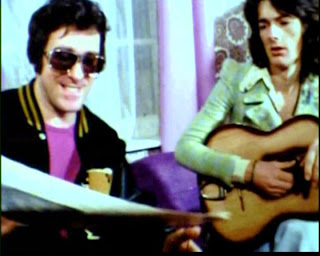 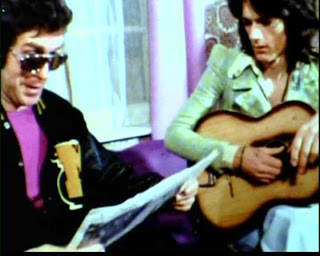 Posted by gavcrimson at 01:05 No comments: