Just a quick heads up that there is a repeat airing of West End Jungle, this Friday Night/Saturday Morning on BBC4 (2:00am-2:50am)
Posted by gavcrimson at 00:33 No comments: 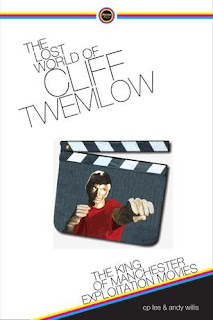 Received my copy of the Cliff Twemlow book last Thursday (not even a postal strike it seems can stop Cliff), so I’d imagine pre-orders are being sent out this week.
The authors have done a tremendous job of locating Cliff’s key collaborators for the book, as well as all of Cliff’s films, ranging from the ones that had Pre-Cert video releases (GBH, Tuxedo Warrior) to rarer, seeming unreleased ones like Target Eve Island and The Ibiza Connection, to near impossible to locate items such as 1986’s Harrising Moments, an aborted TV comedy vehicle for GBH supporting player Jerry Harris, which sounds like the Twemlow equivalent of Andy Milligan’s Red Rooster and features Twemlow regular Steve Powell in drag, and Cliff himself in a nappy. More intriguing is mention of 1988’s Moonstalker a.k.a. Predator, which I’d only heard of by title before, but here is given the full synopsis/write up treatment which reveals it to be Cliff’s take on “Beast of Exmoor” story, seemingly mixed in with elements of An American Werewolf in London.

The book argues a good case for Twemlow being an unacknowledged low-budget maverick, who against considerable odds, such as the fact that the British film industry was going down the pan at the time, managed to set up his own B-movie universe in 1980s Manchester, channeling all his creative and physical energy into making film after film that would see him and his collaborators shoot in locations as diverse as politically shaky 1980s Grenada to an off-season scout camp in Worsley. The book’s revelation that Twemlow saw little profits from his later films, in fact he seems to have lost money on a few of them, makes his dedication even more impressive, and its a testament to his character that his reparatory company came back for film after film, despite some of them having moved on to bigger things. Not to mention the fact that -judging by what the book has to say- a few cuts and bruises were guaranteed on a Cliff Twemlow set. The casting of a panther for The Eye of Satan, predictably resulted in some chaos on set, while the unfortunate actor playing the alien in Firestar: First Contact was the subject of a (literally) ball-busting accident. 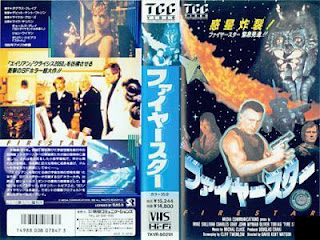 
Access to Twemlow’s brother and son also allows the authors to expand on Cliff’s own 1980 autobiography The Tuxedo Warrior, as well as contradict it, a peculiar discovery made during the writing of the book is that while most celebrities choose to take a year or two off their age, Twemlow actually added five years to his life for his autobiography, a secret he kept up in his personal life, to the degree that even his gravestone bears an incorrect date of birth. Previously thought to have been in this late fifties/early sixties at the time of his death, the book reveals Twemlow was only 55 when he died. His early death, while seemingly unavoidable due to his lifestyle, seems even more tragic given several quotes suggest him to have been something of a visionary, accurately predicting back in the 1990s that films would be watched on and made for computers in the future, how sad then that his early death prevented him from bringing his particular brand of filmmaking into the internet age.

The book isn’t able to clear up the mystery over the murky release history of the Twemlow films, with hard to confirm or deny rumours that the films were the subject of overseas video releases and TV broadcasts, but still manages to bring some new nuggets of information to the table. I’d never heard before for instance, of the different versions of Twemlow’s final film, the rape/revenge shocker Bad Weekend, nor the three alternative versions of Tuxedo Warrior released on UK video in the 1980s.

With many of the films discussed still obscure and tricky to track down (hence the “Lost World of”) its particularly satisfying to see Cliff and his films getting the full length book treatment, unpretentious, entertaining and clearly a labour of love, the book is certainly in the spirit of Cliff’s films, and despite revealing his real age, something you suspect the great man would heartily approve of.

Posted by gavcrimson at 23:58 No comments:

To tie-in with the publication of “The Lost World of Cliff Twemlow”, there will be a special launch party for the book this November as part of the Salford Film Festival, as well as a screening of one of Cliff’s films (details TBC.)
The Launch/screening takes place at 2pm on Sunday 22nd of November, at The King’s Arms on Bloom Street in Salford. The launch is open to all and reservations to attend can be made by emailing: tickets@hotunpress.com
See this site http://www.hotunpress.com/booklaunch.html for more information about the book launch, and here for details about the book http://www.hotunpress.com/
They also have some Cliff badges for sale!!!
Posted by gavcrimson at 05:17 No comments: